What does « Chalonne » mean? CALONA is a word from the 6th century, which meant in Gaulish CALO (a stone house) and ONNA (by the river).

1254 is the earliest year we can trace back the origins of the gite. During that time, the owner, Mister Seguin Cardoing, gave the gite to the Cistercian monks of Grobot, who were a part of the Aubazine abbey, in Limousin. The area where the gite of Chalonne is located used to be a stopover between Limousin and the sea. The monks were able to be self-sufficient through the use of their land in Oléron where they produced and traded salt. Every stopover had a different production. The Gite of Chalonne specialized in the production of flour and hemp. This is where the origin of the name for the river in the North of the Saint Yriex Lake (not far from the gite) comes from – “Les Rouyères”, a place where used to ret hemp.

From 1453 to 1523, «Lord of Chalonne» of the Vigier family owned the gite. His name appeared on a transaction with the Grobot abbot. Following those years, “Squire and Lord of Souillac” of the Courbon family was the owner of the gite until 1639.

In 1639, the gite belonged to the “Lord of Chalonne and Counsel of the King” of the Arnaud family.
In 1734, the Auguste François family became the new owner.

In 1872, the gite belonged to the “Père Pineau” from the Pineau family who was the great uncle of Sophie. In 2017, Sophie decided to start the project of bringing a new life to the gite.
Thanks to the invaluable advice from the architect, F.Neyrat and to the numerous local craftsmen, we have started a complete renovation of the buildings by using locally sourced wood, iron and stone.

– The old barn has been converted into a reception area, which can accommodate up to 60 people. You can use it for either professional or personal purpose, for example a family party, a wedding or a business meeting. Additionally, private catering can be offred upon request.
– 5 spacious and cosy rooms including a suite.
– « La maison des amis » can accommodate up to 7 people. The house is made up of 3 spacious bedrooms; you have the option of choosing a view of the garden or the river.
– The « table d’hôte » offers a traditional French cuisine based on local products and cooked in an old-fashioned method in our wood oven. (Only upon reservation)
– Diner and breakfast are prepared according to the season. Depending on the weather, it will be served in our veranda or under the covered yard of the barn.

If you wish to go out, the city center is only 10 minutes by bike along the river or 5 minutes by car.

Our philosophy is simple, to offer a warm welcome and to treat our guests as we would our friends and family, with no pressure and with a real pleasure.

Have a wonderful time in our gite

We would like to thank particularly Miss and Mister CANIT who helped us a lot with the historical research. 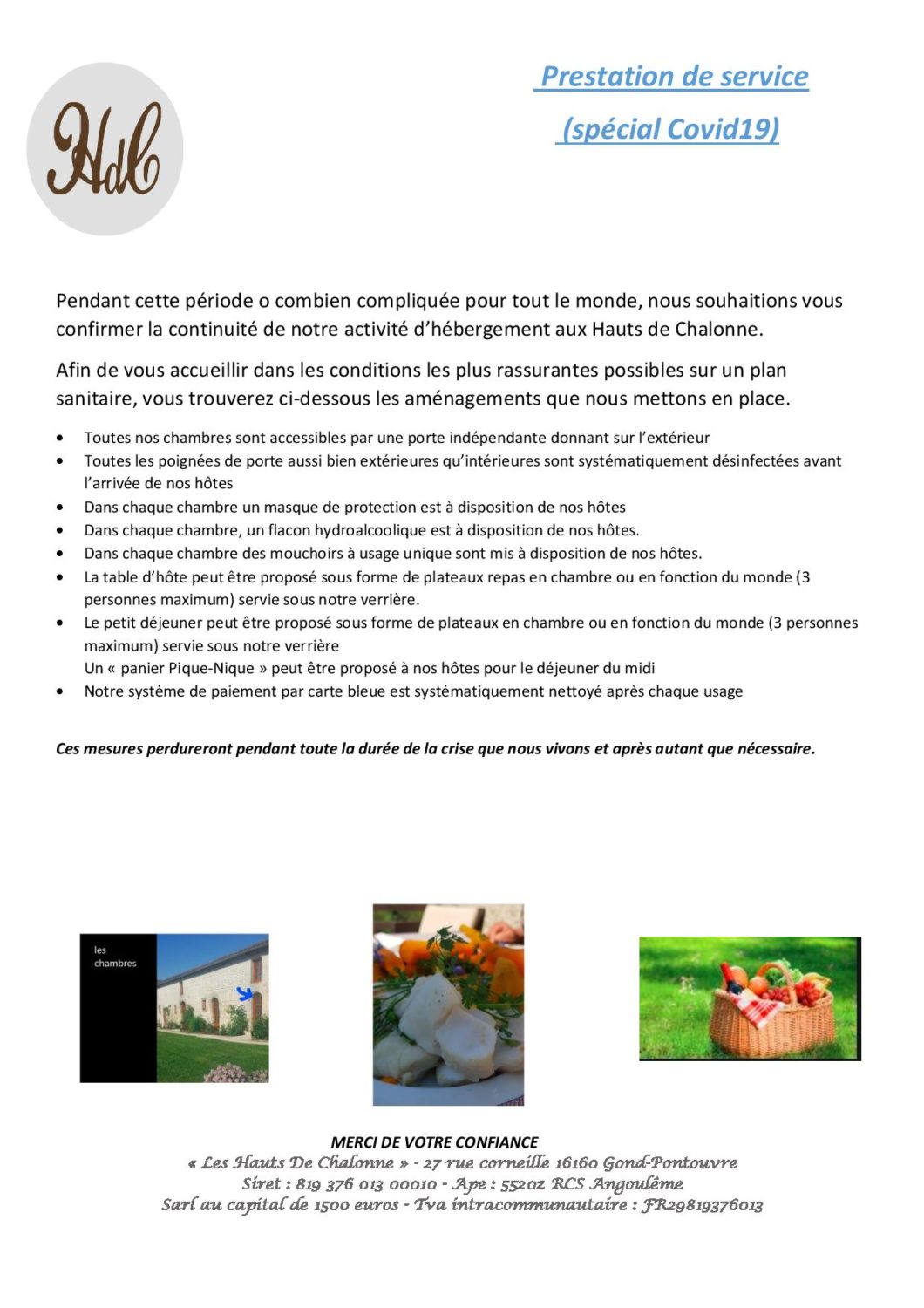